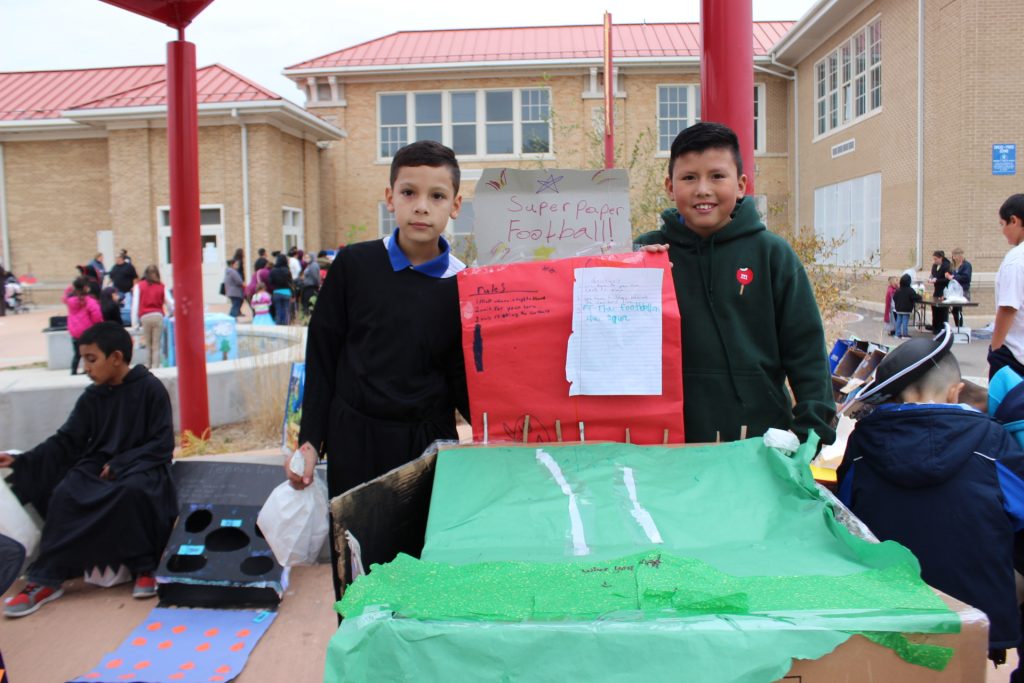 There’s something addicting about carnival games. No matter how many times you try to win that big, fuzzy teddy bear – and inevitably fail – you can’t help but get in line for another try.

That is, of course, until you run out of tokens or money.

Students at Barnum Elementary School found a way around that conundrum, creating their own arcade games with science, technology, engineering and math (STEM) skills they learned in class.

They didn’t create the arcade games for their own benefit; rather, the games were built for a campus-wide carnival to both entertain and teach younger students about the power of working together.

Student teams became engineers in the process of designing and constructing dozens of arcade games that made up the carnival, drawing inspiration from their favorite video games, like Pac-Man, and movies, like Jurassic World.

The toughest part for most students was learning how to overcome trial and error during the construction process, not to mention at the dreaded last minute.

“The big problem was when we only had a day left and we had so much to do,” Hernandez said. “We had to take the dinosaurs home to cut them out and paint them, but we worked as a team.”

The most rewarding thing was seeing the fruits of their labor, and seeing their arcade games come to life.

“The part that feels the best was when I saw it all together. I was so happy. We started with little boxes and started stacking it up and it all just happened,” said Keone Lilii, fourth grade student at Barnum. “This is the best thing in my life because this is the biggest success I have ever had.”